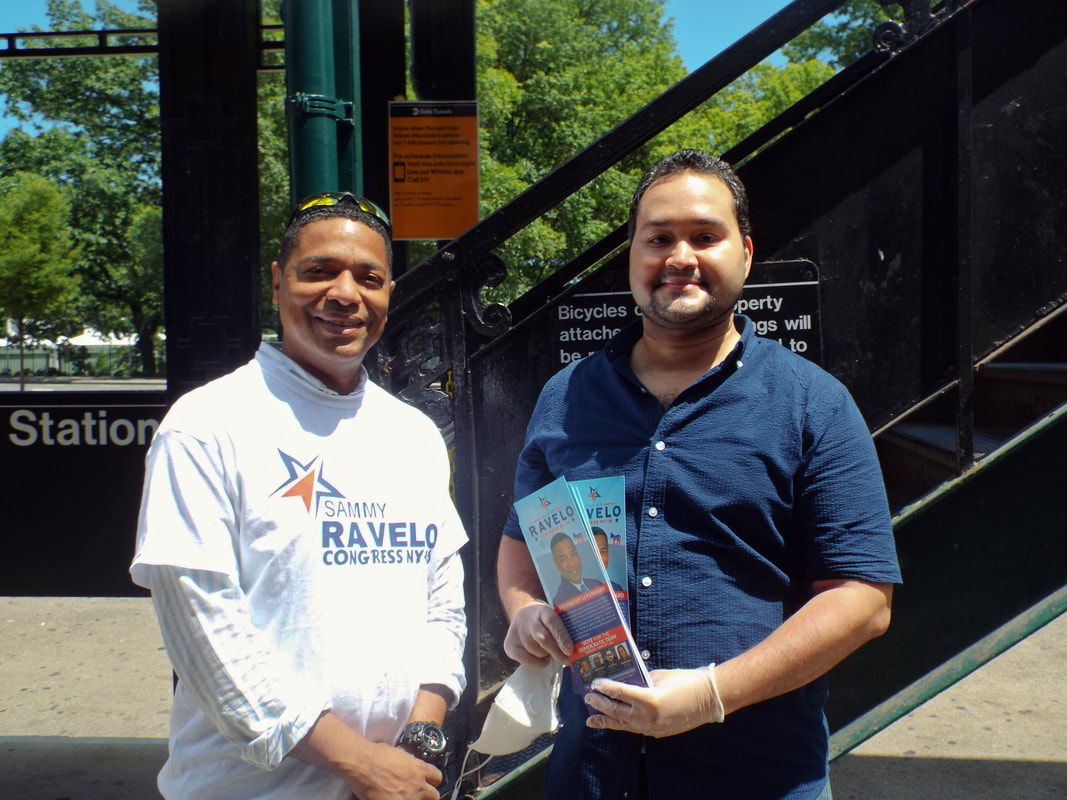 The first time I took the D train at 205th Street I was surprised to see how terrible the station looked.  The walls and ceilings were covered in beige and brown grime.  There was slime in the station.  The slime is still there.  You could see water stains from years of flooding and water conditions.  It looked like a cave.  You could see stalactites on the ceilings and attached to the pillars.  It was disgusting.  It took over 10 years to see the station get some cleaning and remove some of the little spikes growing.  The station is still in bad shape and in need of repairs, and an elevator.  The station also needs a station clerk restored at the Perry Avenue entrance.

My parents were 17 when I was born. Neither of my parents graduated high school. My mom raised me as a single mother. We were nearly evicted when I was a kid and I even went with her to Housing Court. Thankfully, I have a large loving family to rely on for support. Even still I’ve had to struggle in life.  I graduated from Saint Raymond High School and the City College of New York.  I worked in a hotel to help pay for college. While my parents were young they understood the importance of education, working hard to provide the opportunities for a good education and a strong support network.

One day at the hotel they had everyone in my shift come in at noon, and we were going to work until 10.  Mandatory overtime happened a lot back then.  I worked as a Houseman responsible for setting up tables, chairs, stages and such for dinners and other events.  It was past 6:30 and we hadn’t had a break.  The crew was hungry and thirsty and needed a break.  Half the team went into the employee cafeteria to take a small break, get a little food and some water or soda.  The cafeteria has a wall separating where we get food and drinks from where we sit and eat.
​
I had gotten some food and was getting some water when the manager came looking for us.  He screamed at us! He demanded we get right back to the floor to continue setting up and he did this in front of everyone in the cafeteria.  Everyone had to rush back.  Because I was behind that wall he didn’t see me. No one deserves to be abused by their boss.  That day I knew I had to finish my degree and get out of there.

I worked for five-plus years for our former City Councilman Oliver Koppell, including his re-election campaign and his campaign against Jeff Klein.  I helped dozens of residents with housing issues, including securing One-Shot Deals to keep their apartments or keep the power on; dozens of people with Access-a-Ride service even when the city threatened to cut off their service and questioned their eligibility.  I have attended and participated in hundreds of Community Board meetings, worked on the Living Wage Bill and spoke to groups about the importance of getting it passed.  I’ve been a mentor to high school boys, participated in a number of volunteer projects including cleaning up the parks and streets, and delivering food to homebound residents with AIDS.  I have worked with and been a part of multiple groups that advocate for Early Voting, campaign reform, ​criminal justice reform, changes in Discovery Law, health care for all, the end to Stop and Frisk and tenants rights.

If you asked me three years ago or even two years ago if I wanted to run, I would have said no. I was devastated in 2016.  I woke up the next day after the presidential election depressed.  I went for days feeling like someone I love had died.  I wasn’t alone.  Almost everyone I know felt the same way.  I had never been on a quieter train heading to work the morning after Hillary was robbed of the presidency. It would have been easy to give up and say it is what it is, why even bother.

Then Alexandra Ocasio-Cortez ran.  Her victory renewed my hope.  I saw how a young, true progressive that barely anyone knew, with barely any money could run an inspiring campaign against a long-time, entrenched, powerful incumbent and win! She ran saying the guy in office has lost touch with his district and was not addressing the needs of the people who live there and had ignored too many people for too long and she was right.

Then Alessandra Biaggi ran against Klein.  I was able to help out in her campaign.  The energy of the people in this district was incredible.  Riverdale was angry with Klein and the establishment making excuses for him and supporting him, even when the people were telling the elected officials especially my opponent that they had enough.  The enthusiasm on Primary Day was unreal.  Usually when I’ve passed out leaflets people may take them and claim they’re supporting my candidates.  Many times they won’t vote, but when Biaggi was running I saw the enthusiasm of dozens of people when they took the papers and they meant it.  People aren’t going to have that enthusiasm when they vote for the incumbent here.

I’m running because I do not accept the status quo.  I believe most of you aren’t either. We have been under-represented for 26 years.  We need someone who can take our district into the next decade and beyond.  We need someone who wants to serve the entire district and everyone in it, instead of defending his small amount of power and currying favor with other elected officials. We need someone who is committed to keeping people in their homes, creating laws to make our life better, will go after residential and commercial landlords, who are so greedy they actually prefer having empty storefronts than charge reasonable rates.  We need someone who doesn’t accept money from Hospital corporations while telling the nurses and staff he supports them and their concerns.

I am George Diaz, Jr. I am Fighting For Our Future.
Paid for by Friends of George Diaz
info@diazforthepeople.com
© 2022